If you have trouble opening a site on the Internet or connecting to a system, you can use the Traceroute command to find out where your connecting problem is. This command can also show a route map from your computer to the webserver on which the website is located. On a Windows machine, this command is called Tracert and on Linux and Mac, it’s called traceroute. In this article, we will explain the use of the Traceroute command in the network. In other words, we want to teach you to step by step How to Trace in Windows RDP [10-2012-2016-2019].

In this tutorial, we are going to examine the Tracert command together. As the name Tracert suggests, its job is to track the route. The Tracert command is one of the most useful command-line commands that can be used to get good information about the path that our packets travel through the network to reach their destination. Follow us in the continuation of this tutorial.

What is Traceroute and what does it do?

Traceroute is a command that runs tools used for network diagnostics. These tools trace the paths data packets take from their source to their destinations, allowing administrators to better resolve connectivity issues. Traceroute usually uses Internet Control Message Protocol (ICMP) echo packets with variable time to live (TTL) values. Data should “hop” through several devices, like switches and routers, When it is transmitted between two points. Traceroute provides the details and round-trip time (RTT), maps each hop, and if it is possible gives the device name and IP address. In the next section, join us to teach you to step by step How to Trace on Windows Admin RDP.

To trace the Windows operating system, first, open the Start menu and search for the word CMD or Command Prompt in the Search section. Open the specified option to enter the CMD environment. 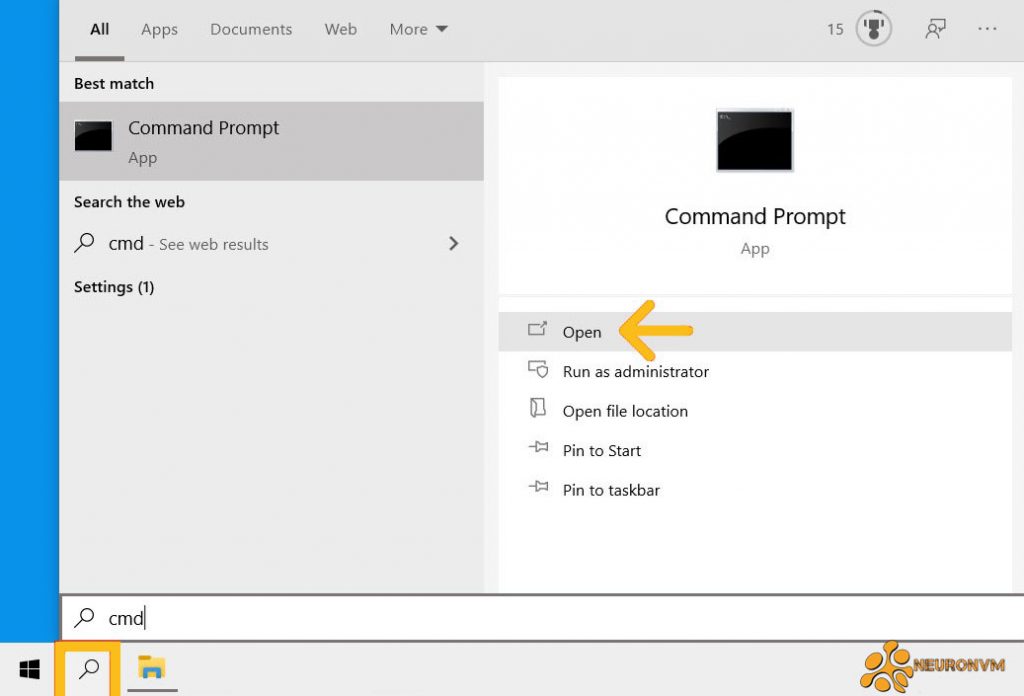 Note: You can also use the Windows+R keys to open the Run section and in this section enter the word CMD to launch the relevant section and click OK.

Then type the word Tracert in this section and press the Space key to space. Enter the domain or IP and press Enter.

Wait a while for the tracing process to complete and encounter the message “Trace complete“. Finally, you can see the image of the data path from different servers.

After taking the output of Trace, you will see 5 columns, each of which represents a specific concept, which we will discuss below:

To the left of the first column is the hop number and the last column is the IP or Hop name. Between these two columns that we described, there are 3 other columns. These 3 columns are related to the packages sent from our system to Hop, by sending them we will receive a more valid output. The time of sending and returning each package is the same amount that is placed in each of these 3 columns.

The first output hop will be your modem IP if you are using a modem. After completing the trace, the last hop displayed is the domain or IP that you traced. Existing IPs starting with 10. IPs are private and belong to telecommunication networks and intranets. 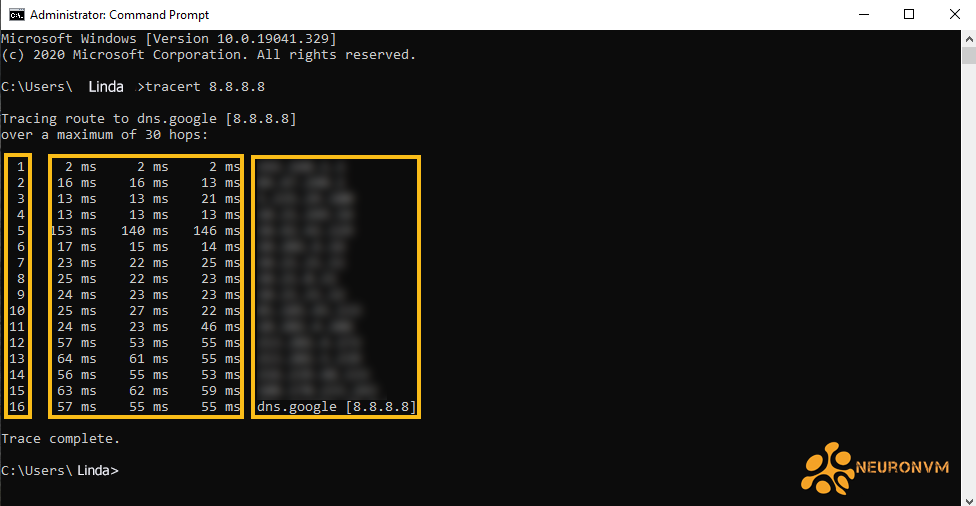