[Updated] OpenSSL is one of the most widely used tools in the field of SSL. Since the launch of the ”HTTPS Everywhere” campaign, the landscape of encryption has changed dramatically. If you do not use an SSL certificate, popular browsers such as Chrome and Firefox will not consider your site as a “secure” website. Therefore, this article will teach you How to Setup OpenSSL on RDP 2016 Server.

OpenSSL is a comprehensive encryption library that uses the TLS protocol, which is an open-source application. OpenSSL was first released in 1998 and is available for Linux, Windows, macOS, and BSD systems. It should be noted that OpenSSL allows users to do a variety of things with SSL, including creating a CSR (Certificate Signing Request) and generating private keys, as well as installing an SSL certificate. It is written in C. With OpenSSL, you can request a certificate for your digital certificate and install SSL files on your server. You can also convert your certificate to various SSL formats as well as perform a variety of authentications. All you have to do is learn a few common OpenSSL commands, and with each new certificate installed, the configuration process will be faster and easier. Because not all servers provide a web interface for SSL management, on some operating systems OpenSSL is the only solution for installing and configuring your certificate.

Some features of OpenSSL

In this section, we want to mention some of the features and applications of OpenSSL. These features include:

1. The OpenSSL library code is available from the official GitHub repository.

2. OpenSSL Tools is a collection of shell scripts for easier use of OpenSSL.

4. The OpenSSL CSR tool can generate a CSR based on your input parameters.

5. Win32 OpenSSL is a distribution of OpenSSL that can be easily installed on Windows devices.

How To Install OpenSSL on RDP 2016

You must first go to the OpenSSL download page and download OpenSSL, which is compatible with your device’s CPU architecture.

You can also download OpenSSL by running the following command:

Now that you have successfully downloaded OpenSSL, we need to install it. To do this, you must run the installer through PowerShell:

You will see that Microsoft Visual++ installs successfully: 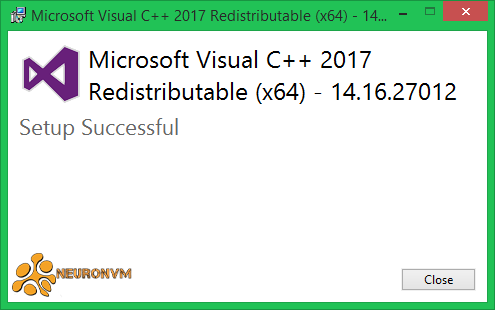 Now you should accept the Software License Agreement and click ”Next”: 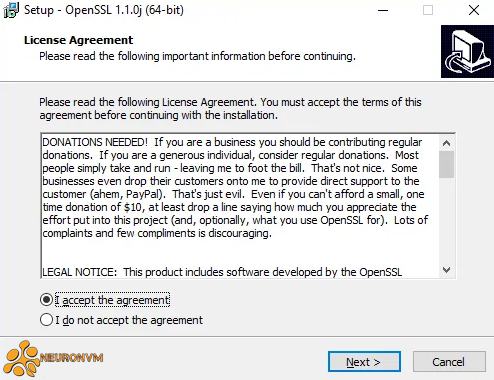 Next, you should select the destination folder, Where OpenSSL will install: 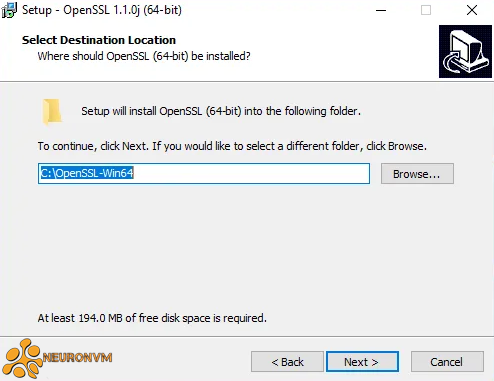 Also, you can select the directory for the Application shortcut: 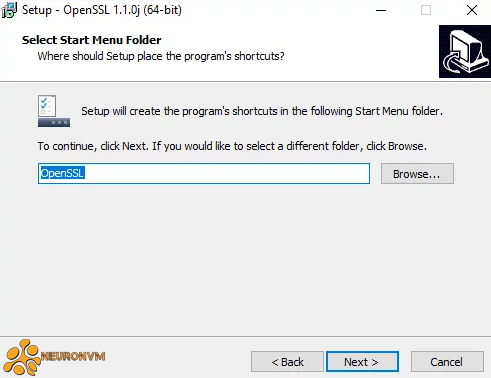 In the next step, you should select additional tasks to perform. 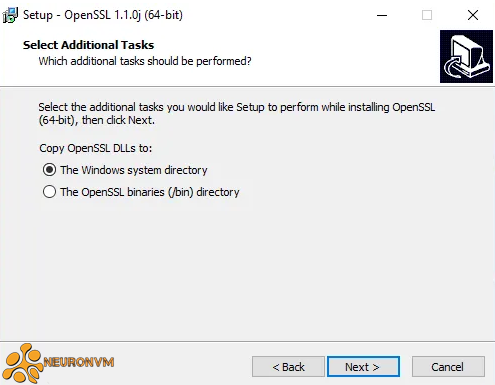 You must click ”Install” to start the installation of OpenSSL on Windows Server 2016: 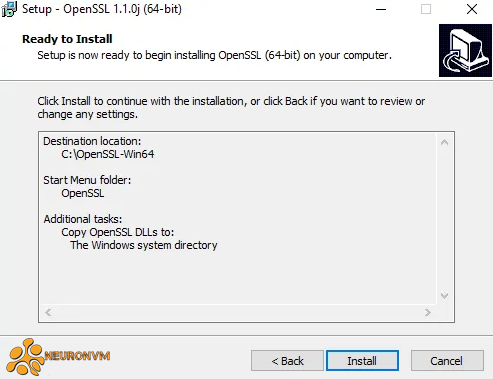 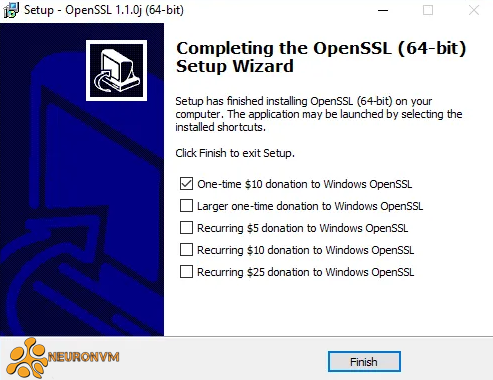 In order for OpenSSL to work properly on your system, you need to configure environment variables. After you have successfully installed OpenSSL, we will start it in this section. You are now ready to use OpenSSL on RDP 2016 to generate certificates. Export the OPENSSL_CONF file to get starting using the following command:

Note: If your system is 32-bit, you can type and run the OpenSSL-Win32 command in the above command instead of OpenSSL-Win64.

Finally, you can create a test SSL certificate to verify your installation. To do this you can use the following command:

Now you can use OpenSSL on RDP 2016 to generate certificates.

In this article, we first tried to define OpenSSL. In the next step, we mentioned some of its features to you. Then we taught you to step by step How to Setup OpenSSL on RDP 2016.